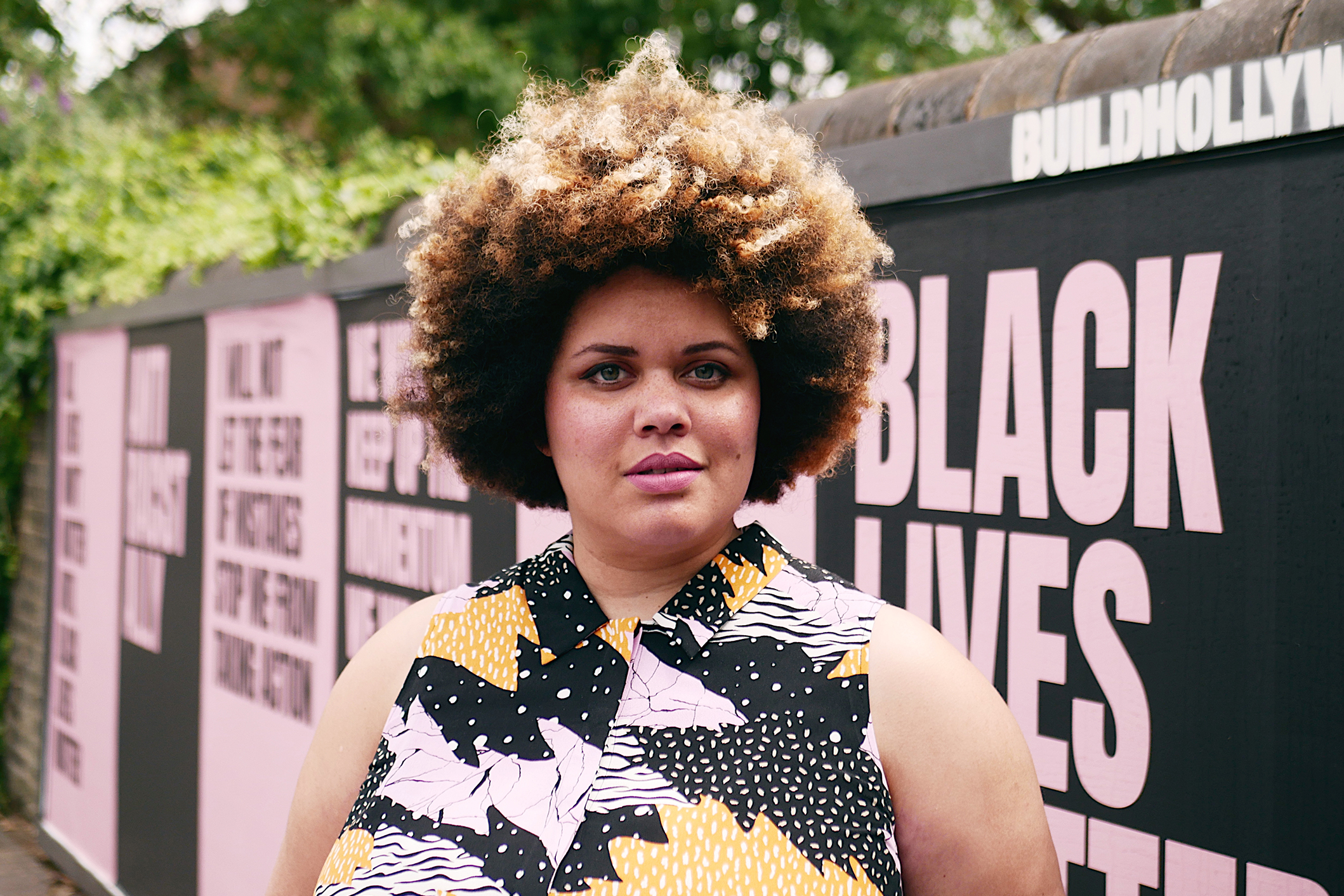 Allyship in the Digital Age

We spoke to activist & author Sophie Williams about today’s culture of allyship, and what it truly means to take an ‘anti-racist’ stance.

Sophie Williams is a leading anti-racism activist and founder of the internationally acclaimed anti-racism Instagram account, @officialmillennialblack. She recently published her first book, Anti-Racist Ally: An Introduction to Activism and Action.

Your now-famous anti-racism Instagram account @officialmillennialblack went viral following a post you made in the wake of the killings of both Breonna Taylor and George Floyd at the hands of police. Can you share with us a bit about how that unfolded?

Following their deaths I felt entirely helpless and like this just can’t keep happening. So I asked myself, what can I do? I decided to make a post about ally- ship and it just immediately took off. I suddenly went from a couple hundred followers to an audience growing by tens of thousands each day. People were messaging me saying things, like ‘I’ve signed my first petition’, ‘I’ve been to my first-ever protest’ and ‘I’ve made my first ever donation.’

So I thought to myself, okay, if these people are willing to engage in something that they haven’t engaged with before, in ways that they haven’t thought of before, then I have a responsibility to continue to try and maintain the momentum of this previously disengaged group.

What was it like to wake up one day to an entirely new audience looking to you for guidance?

The biggest change was the demographic of my audience, previously I’d been speaking to Black women, but when I’m talking about racial allyship, Black women are not the people needing that message.

So, because the people I was speaking to really changed, I quickly needed to figure out how to speak to them and meet them where they were— which was at a sort of very entry level stage of the conversation around racism and how to be an anti-racist ally.

“I get asked so many times about this ‘new’ conversation, this ‘new’ thing that we’re all doing— but it’s not new. Black people have been trying to do this forever.”

In the first few weeks of your account taking off, you made calls for people to take action by decolonizing their feed. For those not familiar with the idea, what does it mean to decolonize your feed?

It means following some people on social media who don’t look like you. It’s really easy and comfortable to follow people who remind you of you, but when you follow people with diverse appearances to your own, that means you get to see the world through their lens and their lived experiences.

You’re now at over 180k followers. What sorts of conversations are you having with people?

I have something called ‘Allyship Actions’ that I do every Sunday, where I ask people to post the things that they’ve done that week in order to be good allies. People say that because they know I’m going to ask, it encourages them to do something during that week.

People have shared stories like, ‘I am a school librarian and I have made sure to diversify the types of books that I have’, or, ‘I am a teacher and I have fought to put Black Lives Matter on this year’s curriculum’, or even, ‘I’ve decided to run for public office’. I share every single answer I get and it really helps people stay inspired and learn about things they can put into practice in their own life.

How important do you think Instagram’s role has become for activism in 2020?

It’s a really interesting shift, isn’t it? It does seem to have become this hub in a way that it wasn’t before. It used to be that Twitter was where these conversations would happen and that Instagram was just inspirational content. But Instagram has really taken on this new role as an educational tool, and these feeds and conversations are getting a huge amount of engagement.

Do you see any limitations to using Instagram in this way?

Being able to shift Instagram from just a communications platform to an accountability and action platform is such an important piece. The way we are sort of encouraging people to seek applause for reading a book is worrying. Inspiring one another is really good; putting it into action is more important.

When we don’t turn it into action, we’re treating it as a self-improvement program which it’s not. Allyship is not about how good you are as a person. It’s not what you think, it’s not what you know, it’s what you do.

This increasingly performative culture of allyship seems to be a big issue on social media these days. What are some of the other flags you’ve seen pop up as people are looking to get involved in the conversation around BLM?

I get asked so many times about this ‘new’ conversation, this ‘new’ thing that we’re all doing— but it’s not new. Black people have been trying to do this forever.

So, I think where people from non-marginalized backgrounds go wrong is thinking that it’s a ‘new’ thing that they should start from scratch. That it’s something they should be the leader of, instead of learning the history, amplifying underrepresented voices and figuring out how to actually be a part of the long-term conversation.

Blackout Tuesday feels like a relevant example of an action that may have been intended as a form of allyship, but ended up drowning out the very voices it sought to amplify. What did you make of it? [For those not familiar with the criticism, when millions of Black squares flooded the #BlackLivesMatter hashtag on June 2nd for Blackout Tuesday, they effectively flushed out all the important resources that had been circulating within the movement beforehand.]

Yeah, Blackout Tuesday was weird wasn’t it? I think people were looking for ways to be involved without having to go through any inconvenience–and posting a black square is really easy.

When I posted a pink infographic tile on that day, I got comments being like, ‘you shouldn’t be talking today’ and ‘you should take this down.’ I was like, absolutely not. I am a Black woman, and I am sharing important information about the conversation that we’re having. I think things like that are more linked to virtue signalling and trying to look good without then having to follow that up with any independent thought or action.

As more and more of us turn to Instagram as a source of education and a form of activism, how can we make strides to improve our allyship on the platform?

I think having offline accountability check-ins and accountability buddies is really useful because it keeps you in check. You need someone who can be like, ‘I know that you thought that was a good idea, but actually you shouldn’t have done that’. It’s great to have an online community, but you also need a strong physical community to keep inspiring you and to help you put things into action.

Some prominent anti-racism voices on Instagram have come forward in the last few months saying that they are starting to lose more followers each day than they are gaining. It’s a troubling sign, and we were wondering if this is something you, too, are experiencing?

Yes. I’ve also noticed that my engagement on posts is dropping, too. It really worries me that the conversation is dying down and it worries me that people are losing interest and might be satisfied that they’ve done the work. If the sentiment is, ‘I’ve done my bit. I’ve done everything I need to do’, that could leave us worse off than we were before. So yeah, this is something that is definitely playing on my mind. What I don’t want to happen is that someone else has to die for people to start caring again.

“It really worries me that the conversation is dying down... What I don’t want to happen is that someone else has to die for people to start caring again.”

Last question: You’ve recently released a book on how to be an anti-racist ally. Is the hope that this book will take more of the conversations happening online, offline?

Exactly. It’s deliberately a small book that could fit in your pocket, and I made it as cost-efficient as I could [it only costs six pounds]. Those decisions, to me, were just a way of making something that people can share easily in the same way that they chose to share posts, but in a physical way, so the conversation can become broader and touch more people.