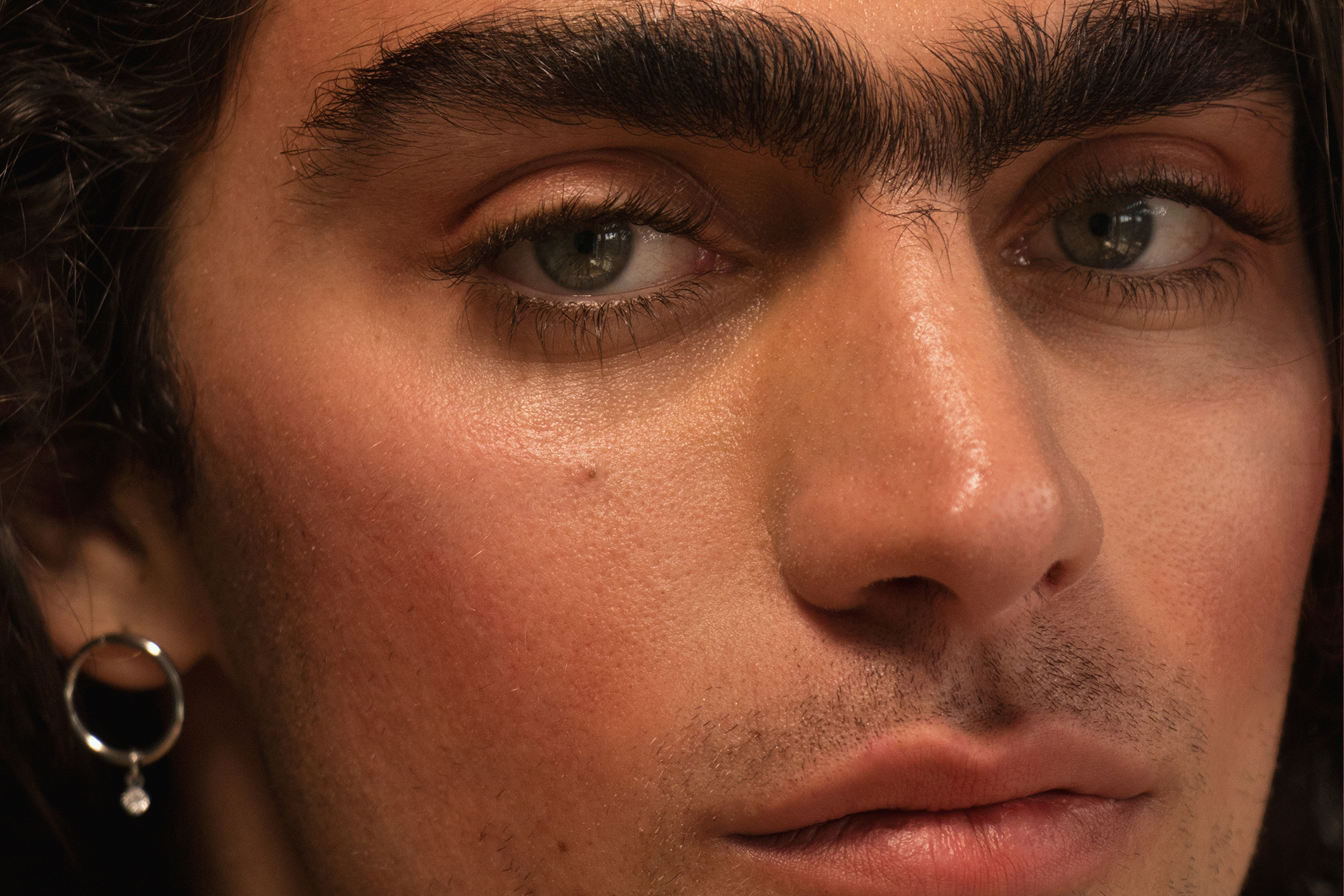 We sat down with photographer Peter DeVito to talk about why body positivity needs to be seen as more than a trend, the rise of Instagram as a platform for the movement, and how society’s definition of beauty is changing.

At 22, Peter has already had his work featured in prominent publications such as Vogue, I-D, The New York Times and Harper’s Bazaar. Peter’s work aims to challenge prevalent stigmas around beauty in the fashion industry, and he is on track to becoming one of the industry’s leading young voices on inclusivity.

Peter, there’s one photo series you did that put you on the map as a photographer. Can you tell us about it?

I’ve had acne my whole life, and around two years ago I kept seeing people all over social media posting about self acceptance and body positivity. You were seeing people accept themselves for everything else, but I felt like there was this void when it came to accepting acne. It’s ingrained in society that it isn’t okay to have, so I created a project to normalize it.

The project didn’t gain media attention until nearly a year after you posted it on your Instagram. What do you think it was that made it take off when it did?

I’ve thought about this a lot of times. The one thing I kept hearing in all the interviews when people called was: ‘It’s so great that acne’s trending right now.’ It was weird how they phrased it. They’d bring up how Kendall Jenner was spotted with acne, or how Justin Bieber posted a picture with acne. It became a thing that the mainstream media wanted to pick up because celebrities were ‘participating’.

“It’s important that body positivity isn’t seen as a trend. A trend is a short-lived statement and body positivity has had, and is going to continue to have, a lasting impact.”

How did it feel to know that your effort to add a new dimension to the conversation around body positivity was being treated as a trend?

I mean, when it was first happening I was happy for the exposure and that the topic was finally being brought to light. But when I thought about it more, it didn’t feel great. It’s important that body positivity isn’t seen as a trend, because it shouldn’t be viewed as something that’s fleeting. A trend is a short-lived statement and body positivity has had, and is going to continue to have, a lasting impact.

A key platform you use for sharing your work is Instagram. How do you think the purpose of the platform has shifted over the years?

I feel like when Instagram and Twitter were new, they weren’t seen as platforms for spreading awareness. They were seen solely as places where you could just post pictures of your friends, write little updates on your life, and follow a few of your favorite celebrities. As time has gone on, people have seen how social media can be a powerful tool for activism. It gives everyone a voice. It’s also proved that you don’t need to have a giant following to post your opinion and have it take off and spread.

Yeah, the body positivity movement has definitely changed the way people use social media. It’s caused people within and outside of the movement to post more about self-love. It’s also contributed to how more and more people are choosing not to retouch the images they post anymore.

"The body positivity movement has definitely changed the way people use social media."

What’s one thing that frustrates you about the way society still talks about beauty standards?

When people talk about skin conditions, they tend to say that the people who have them are ‘struggling’ or ‘suffering’. Most people probably don’t realize it, but using these words is very harmful. It creates a negative narrative surrounding skin conditions. Just because you have a skin condition doesn’t mean you’re suffering from it.

Is society’s definition of beauty changing?

Yes. If you look in today’s magazines you will no longer see all of the models looking exactly the same. You will see people of all different ethnicities, skin types, shapes and sizes. Is there enough representation for every single type of person? No. But the diversity in today’s media shows how society’s definition of beauty is changing. It’s always changing. What society considers beautiful today will be completely different from what society considers beautiful in 20 years.

"The media makes it seem as if the whole movement is only about slightly curvy white women embracing their bodies, but it’s about much more than that."

Where would you like to see the conversation around body positivity evolve over the next 5 years?

Body positivity was created to be a safe space for all people with marginalized bodies. This includes plus size white women, but also people of color, transgender people, disabled people, plus size men, etc. All of these people need to be represented more. The media makes it seem as if the whole movement is only about slightly curvy white women embracing their bodies, but it’s about much more than that.

What would you say to the brands who would like to help support the body positivity movement?

You can’t just include a plus sized model in a campaign because you think body positivity is trending right now. You need to be repeatedly and consistently inclusive, that’s the only way you can show your genuine support. Do it because it’s the right thing to do and everyone deserves to be represented, not so you can make headlines.

To see more of Peter’s work visit www.peterdevito.com and follow him on @peterdevito.