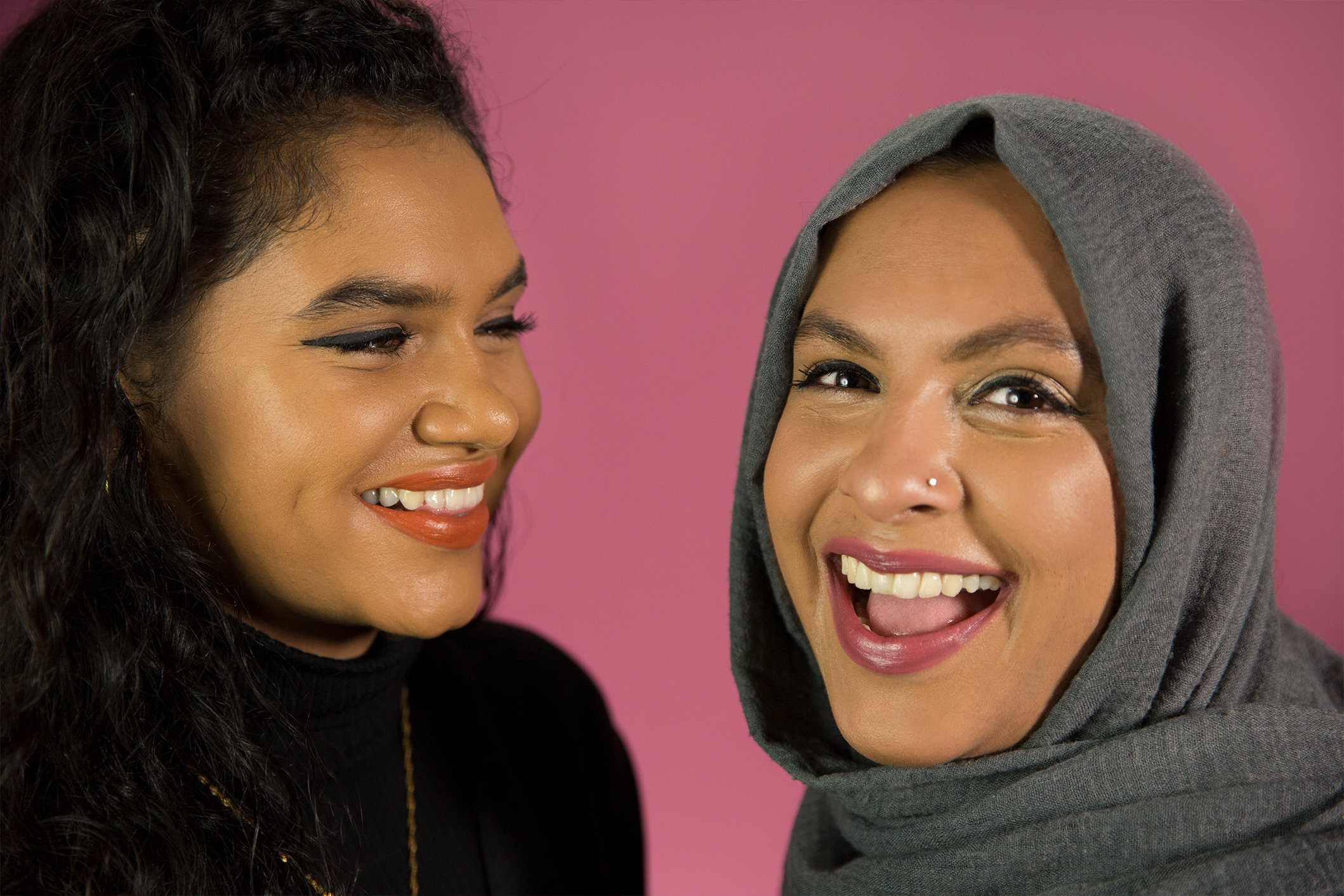 We spoke with Nafisa Bakkar, the co-founder of Amaliah, an online platform dedicated to representing Muslim women. We discussed the challenges of navigating Muslim identity today and how social media is helping make the journey easier.

Nafisa Bakkar is the co-founder and CEO of Amaliah, an online platform dedicated to creating a space for Muslim women to amplify their voice. So far, Amaliah has amassed a community of over 300 contributors who are writing for the platform. Last year, the company launched their agency Amaliah Insights, with the hope that by working with marketing agencies and brands they can have a bigger cultural impact. You can follow Nafisa on her Twitter handle @Nafisa_Bakkar and Amaliah on their Instagram handle @amaliah_com.

As a Muslim, what impact did growing up in the post 9/11 era have on your sense of identity?

I was always very aware of my faith growing up as a teenager in the post 9/11 era. I think it was a real marker for a lot of Muslims when it came to how they saw themselves in the world.

For me, it happened while I was still in primary school. At the time I didn’t really understand the significance of it. It took getting a lot older to really realize how big that moment was, the way the media works and how Muslims are seen by the world. That’s when I understood the rising climate of Islamophobia and what it meant for Muslim identity.

"I was always very aware of my faith growing up as a teenager in the post 9/11 era. It was a real marker for a lot of Muslims when it came to how they saw themselves in the world. "

Did you find that the rising climate of Islamophobia brought you closer to your faith, or pushed you away?

When I was younger I did feel a sense of friction between Islam and my life. I remember very vividly being in high school and getting into debates about Islam with my peers. Even though at the time I didn’t have that much knowledge of the faith, I felt very strongly that I needed to stick up for my religion.

It wasn’t until later in my 20s during university where I started really questioning it in the sense of, ‘Okay, if I’m meant to be Muslim, what does that look like in practice?’ That’s when I realized that what I wanted for myself and my life, fell in line with what Islam was as a framework. It was very much like a path to self-discovery.

Did you have people to share this period of self-discovery with, or were you navigating it on your own?

I was very much having this dialogue internally. It wasn’t really something that I was talking to people about. Growing up, I didn’t really have that many Muslim friends. I was always searching for sisterhood, because it’s a really big concept within Islam. But I always felt like this observer. Seeing other people have that sense of sisterhood, but feeling like it was out of reach for me. I definitely feel like social media helped me find incredible people and build a sense of community.

There is a common trope that social media makes us lonelier, but it sounds like it helped you build genuine connections?

I’ve benefited so much, in particular from the community of Muslim Twitter. I honestly feel like the community that is Muslim Twitter is a very real community, and I feel a lot of solidarity with them for that reason. We’re like a dysfunctional family where we argue about things, but in times where we really need to come together we do that too.

You started the online media platform, Amaliah, to build a support system for Muslim women around the world. What has the experience of creating it been like for you?

Growing up and constantly feeling like I was chasing this sense of sisterhood, I now feel like I’ve been love-bombed by it through Amaliah. I feel so privileged to know so many Muslim women who are just so incredible in many different facets of their lives.

What is the type of feedback you’ve been getting from readers?

Our feedback has been quite overwhelmingly of love and positivity. We get a lot of messages saying things like, ‘this might be strange, but the reason I felt like I was able to do X is because of Amaliah and the confidence it’s given me in my identity.’

“Exploring different types of people is what ultimately helps us understand who we are and who we can be.”

A lot of people have also mentioned that Amaliah has helped them understand that there are other people who have similar lived experiences and are bound by many similar values.

What are some of the ways you are helping young Muslim girls strengthen their sense of identity through Amaliah?

One of the really cool things we are doing right now is having Muslim woman from different parts of the world takeover our Instagram story on a bi-weekly basis, to show us a day in their life. These are women living everywhere from South Africa, to Malaysia, to France and the US. It really gives us a chance to expand our own biases when it comes to what it means to be a Muslim women.

It’s very easy to take on the narratives that are given to us through mainstream media, and so it’s an incredibly powerful thing to see all these different Muslim women living their different lives. Exploring different types of people is what ultimately helps us understand who we are and who we can be.

What kind of impact do you hope to see Amaliah leave on young female Muslims in the generations to come?

Confidence. I want to help them find a sense of confidence in their identity and how they go through the world. It takes a toll when you view your Muslim identity as a marker that holds you back in the world, rather than one that moves you forward. I feel like Islam is a religion that safeguards your soul, and I want people to get rid of the feeling that being Muslim is not compatible with them living their best life.