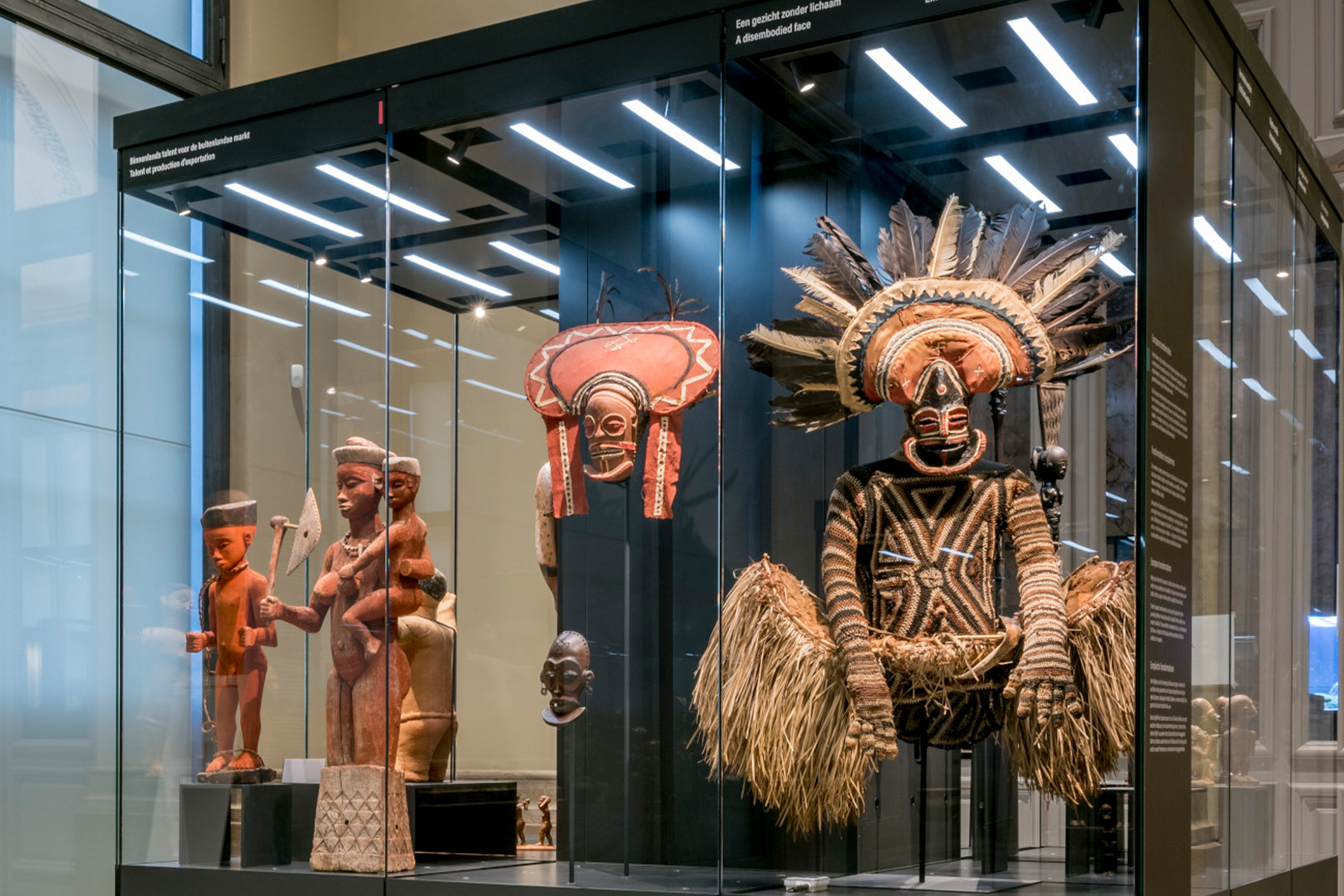 The Power of Culture

We spoke to museum curator Ayoko Mensah about today’s cultural power struggle and how our institutions are being forced to adapt.

Ayoko Mensah is a renowned French-Togolese cultural expert and journalist. She has advised the Belgium Africa museum on its now famous redesign, which sought to shed its racist image. She’s also co-authored many books and served as a cultural consultant to several organizations, including the European Commission and UNESCO. Since 2016, Ayoko has been working as a curator at the Centre for Fine Arts in Brussels, BOZAR.

You’ve written a lot about the impact of ‘Western Cultural Domination’, when did you first become convinced of its existence?

When I began my job as a journalist, in the late 1990s, I witnessed the beginning of what we call now African contemporary dance. It was really interesting because it was a completely new type of aesthetic and choreographic movement at the time. But, what I ended up seeing was European choreographers and dancers— who knew nothing of African cultures—travel to Africa to impose their vision of art.

They told African dancers that their approach is old fashioned, and that they need to adopt the European way of dancing to be contemporary. They arrived in Africa full of prejudices and good intentions; they knew nothing about the local artistic expressions and came to impose their vision of art... it was violent.

Most of the African artistic and cultural expressions have consistently been neglected, forgotten or denied because they are considered unimportant. But the truth is that people don’t understand them. This is Western cultural domination.

“Western nations have always understood the power of culture.”

Is the colonization of culture by the West something you still see as being just as prolific a problem today?

Western nations have always understood the power of culture, and they’ve supported their view of the world by funding cultural institutions with international reach. Relationships to power and dominance are very important and strong in the cultural field. For Europe, it is really something in its DNA. This dream of bringing ‘progress’ and ‘light’ to the rest of the world through culture is still very present.

There is still a domination of Western culture in terms of not only culture and aesthetics, but also recognition. I still see it in almost every artistic field— in the literary field, visual arts, performing arts—it’s strong. But it slowly changes. The mythical fascination for Western culture is cracking. Young people no longer want to be culturally colonized.

Is this idea of using culture as a form of power viewed in a similar regard across Africa as it is by the West?

I think that the problem, especially for Africa, is that their cultures have been denied for decades and decades. Even if now a lot of artists are aware of their richness and value of their cultures, they don’t have enough support.

There is a real problem of the independence and funding of the culture sector in Africa, so there is such a fragility of artists. For most of the artists, the only way to earn their living is to have support from the Western world–to have a tour in Europe or North America, which naturally creates pressure to conform to what the curators and audiences from these continents expect.

Have you seen any promising signs of this relationship starting to rebalance?

Social media has become a positive tool. Because this rebalance is very slow in mainstream cultural institutions and in the media world in general, social media is allowing for direct amplification of African artists and cultural contributors.

I am noticing a new kind of pressure now of these voices on the mainstream cultural institutions. So it’s a good evolution, but it must be followed by decolonization and inclusivity from the main institutions, otherwise these voices will remain at the margins.

“The mythical fascination for Western culture is cracking. Young people no longer want to be culturally colonized.”

You’ve done a lot of work with European-based museums and rethinking their view of Africa. What have been some of the biggest challenges in this work?

One of my main challenges is to contribute to the decolonization of these cultural spaces. It’s really a period of critical change. Cities have become completely multicultural, and if museums don’t succeed at integrating these new faces of our societies they will have failed in their mission to gather people in a kind of shared vision.

So, museums are being confronted with coming up with new narratives and visions, ones which can include all the different social groups of our societies, but most of the time, they don’t know how to build or articulate this new narrative, because they have no one from the new communities on the inside.

It sounds like an incredibly challenging task. Have you found museums to be receptive to this sort of change?

It is really difficult. But yes, I have. One interesting example is with the African Museum in Tervuren, Belgium. Because of its deep colonial roots, it shares a very traumatic history of the Belgian colony in Congo, and for most Congolese people in Belgium, going to Tervuren is a nightmare. They see all these thousands and thousands of looted objects and artefacts of their cultures; it’s such a shock for them, and many are rightfully angry.

So, that’s why I think that it was a mark of courage and change from the director of Tervuren to open the museum to the Congolese diaspora to help reimagine the museum, because it was previously just the place of colonizers. This experience has partly failed, and the relationships between the Congolese diaspora and the museum remain very tense. Two opposite social groups claim, ‘This is my museum’. The ex-colonizers are completely wrong, but if you say it’s a Congolese museum, it’s also in a way wrong, because it’s not the history of the museum, and it also doesn’t then reflect the violence of the colonial history of Belgium.

So, then the question becomes how do you anticipate these contradictions and also their opposite visions in a common narrative? For this, the privileged will have to agree to share some of their power.

“It’s really important we are inside these institutions to make them understand our point of view.”

After a summer of anti-racism protests around the world, it feels like the West is in this period of critical change of how we see race and our colonial history. Are you optimistic for the future and where we’re headed?

I was really happy and pleased to see all this mobilization to support the Black Lives Matter movement after the death of George Floyd. It shows that on the ground, the anti-racist movement is strong and can challenge the right-wing movements.

But for the short-and mid-term, I’m not really optimistic. I think regarding the growing political ideology of racism everywhere, we are not yet at all at the level we should be. For me, racism is a scandal because I sincerely believe that if politicians decided to make its eradication a priority, racism could disappear in two generations.

Today, I see societies everywhere that are becoming more radical and polarized. Many people don’t even want to talk to their ‘enemies’ anymore. But one of the mottos that I keep in mind and that guides my life is this phrase by Martin Luther King: ‘We must learn to live together as brothers or we will perish together as fools’.